2024 Election will be DO or DIE, Ex Prez John Mahama vs Kwamena Duncan

According to John Mahama, he said this election is going to be do or die. He said all die be die. So at every polling station, there is going to be a heat during the voting.
And this caused Kwamena Duncan to reply John Mahama on his live Section on Peace 104.3 FM this morning saying Mahama didn’t do anything when he was elected to Power, but he was just opposing. And this has become a very huge issue In the country right now . 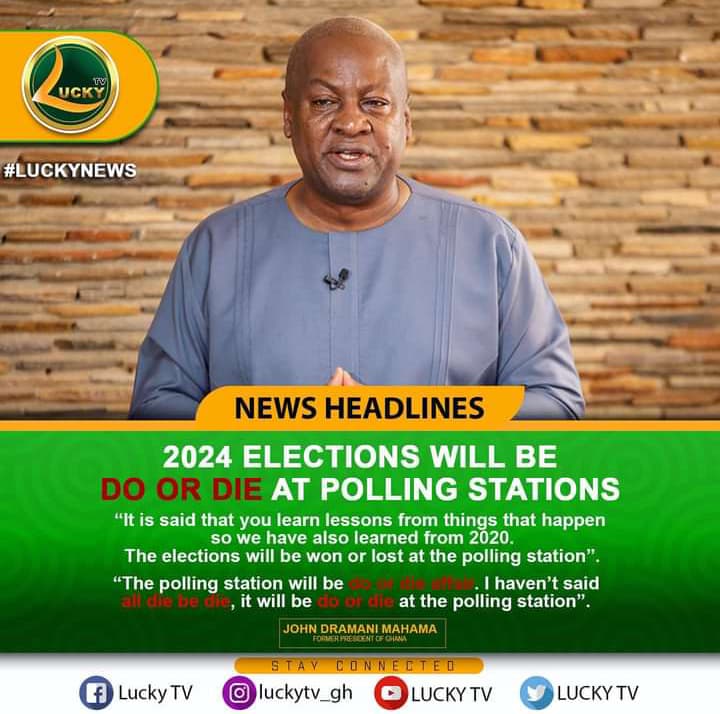 Yes ooo, this country that we live in.