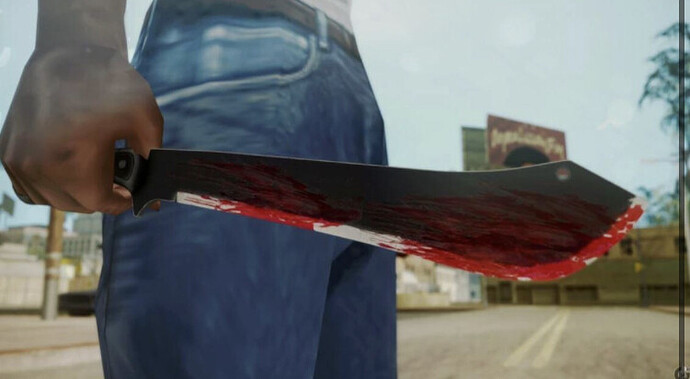 Doctors have said that some veins in the neck of a 10-year-old girl have been cut off after her uncle inflicted machete wounds on her.

The sad incident occurred at Gomoa Dego in the Gomoa West District of the Central Region, according to a report by 3news.com.

The news website reported the victim as saying her Uncle identified as Nana Yaw had warned her not to sit in front of his door because children in the house always make his doorstep dirty.

On Monday, September 6, around 4:30 pm, the victim’s uncle met her and other kids playing on his corridor and then asked them to leave, an instruction she claimed they complied with.

However, the said uncle entered his room and returned with a sharpened machete with which he inflicted a deep wound on her neck, the victim narrated.

She was rushed to the Winneba Trauma and Special Hospital after some residents came to her rescue.

The suspect fled after committing the heartless assault on the youngster but Gomoa Dego Police are reported to be on a manhunt for him.

What’s happening here in Ghana. How can you inflict such a cut on a 10 year old simply because they make your door steps dirty. This man is insane, sometimes I don’t even know why such cases should be sent to court to waste time. He needs to be thrown directly into prisons without standing trial. Let’s hope the 10 year old survives too

Things are happening. What did a 10 year old did that will warrant something like this? Or is it another ritual money attempt!